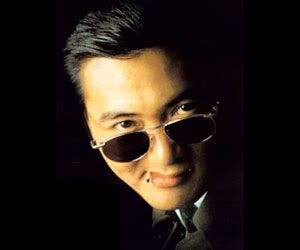 At 6'1", Shiv is quite tall for his asiatic genotype, impressively handsome and quite charming when he wants to be, this combination of good looks and classic height in an asian man can be devastating. His black hair seems always to be impeccably styled, and though he can dress for different parts, his own preference is to be dressed likewise. For all of this, Shiv is a chameleon, able to blend in most circumstances or stand out as the part may require.

Having been through a very rough childhood as a migrant worker on a hazardous satellite and a convict, Shiv's recognition of authority is a bit lacking. Anyone in charge of him must gain his respect before they will gain him as a productive asset. He is a fast thinker, quite intelligent, and very flexible. He is also a survivor. For all of his lack of respect of authority, Shiv is a veyr good leader, able to inspire those under him to want to do their best for him. Because of his harsh childhood, Shiv can be quite heartless and callous. But he is loyal to a fault to those who prove worthy of his trust. He is also quite jovial, even when times don't call for it, and is quite irreverent. It has been said that he is very hard to get a handle on, and that statement is very true, as he actively tries to prevent anyone from getting too close, or getting an accurate read on him.

When Mahoney ran across Shiv, and used the young man and his gang in his operations, he realized that Shiv had the qualities to make him the perfect covert operative. Mentally, he was an independent thinker, very intelligent, listened well, and was in general very perceptive - with a touch of paranoia. He was also a natural athlete, very graceful, and had a distinct talent for killing. He knew that he had a once-in-a-lifetime discovery. Though operatives can be trained, it is very rare to find someone that has all of the aptitudes built in. So he tapped him, and developed his skills to the point where Shiv became one of the most dangerous men in the galaxy.

Shiv is portrayed by Chow Yun-Fat.