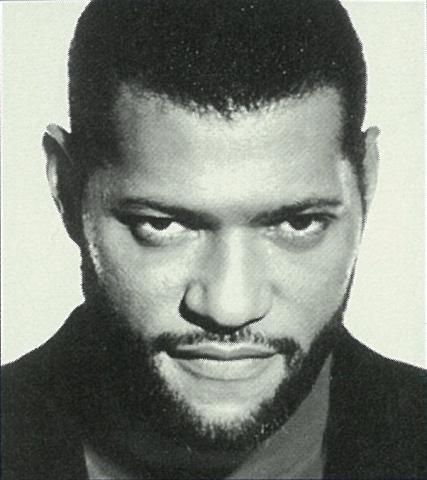 A powerfully built, handsome, black man, of a very light skin tone so that he could pass for a variety of races and nationalities.

Iceman is inhumanly cool under fire (and when not under fire). His accuracy with pistols is inhuman, even to the point of being able to fire seemingly normal weapons at the point of structural weakness in an item and cause incredible damage. He is now, even more than ever, a natural to the shadowy world of espionage, able to make himself unnoticed. His physical and mental acuity have been heightened to superhuman levels.

Nelson Crowe is a natural spook. Even in normal conversations, his intellect, good looks, and pathos allowed him to be a successful manipulator, and his strength of will and borderline paranoia allowed him to take chances that others would not in the advancement of himself and his career. Approached by the Company in his senior year of college, he was drawn into the shadowy world of espionage that seemed to be his destiny from the moment he was born. He was one of the more accomplished field agents, both because of his natural abilities, and his seeming uncanny ability to be in the correct place at the correct time. His climb through the ranks ruined the career of more than one rival that knew not to stay out of the way of this up and comer, and made the career of more than one ally who threw in with him at the appropriate time.

While profitable to his advancement and career, this approach earned him many followers, and many enemies- many with more power than him in the Company. It was a strange combination of the two that associated him with a black tool shed- one of many top-secret and experimental cells that operated independently of the direct oversight of the Company to advance the interests of America at any cost. It was the opportunity of a lifetime, but his affiliates in this venture were if anything more cut throat and paranoid than the young man. They were horribly successful, if the construction/deconstruction of countries and generous raping of their resources could be considered success, until the three turned against each other. Beginning with the death of the head of the tool shed, Crowe and his paramour gained control of the organization, and turned it to their own uses, making it even more successful than ever. But the manner in which their leader had been taken out wore on them- it showed each of them that the other was deadly and unpredictable, and each had paranoid fantasies about the other’s intent. This was destined to come to a head, and in a conspiratorial plot that would satisfy even the most Machiavellian of men, the two faced off, and for once, Crowe found himself on the short end of the stick. But even in a firefight against 5 skilled foes, Crowe found himself the favored of Fate once again, as he erupted. Not in an ostentatious display, but as coolly as ever. Even as gunfire came at him from all sides, he noted that he could see the bullets clearly, and their trajectories. Even more amazing, his enemies were limned, allowing him to target their weakest point with his shots for amazing effect. Now standing in the ruins of the CIA tool shed that he had helped create, Crowe walked out, determined to put the second chance he had been given to good use.

However, fate- or rather Bendix- had other plans. As with any sub-rosa operation, the tool shed had been under covert observation. Bendix had a unique invested interest in this particular operation, for he also had plans on the back burner about creating such an organization. The CIA’s efforts would let him observe his idea in process, while investing little of his own resources into the experiment. He had no idea that Crowe was a dormant SPB- that little surprise was a bonus. After the project’s failure, he had Crow picked up and held, offering the man amnesty for his crimes while in the CIA. Crowe spat on the offer; it felt too good to be true, and he didn’t trust Bendix. However, when the alternative was made known- trial and certain death on the charges brought against him, he made the only choice that he could.