Character in Children of the Blood 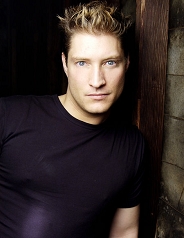 Denys was born on a small island near the edge of the Golden Circle. It has no claim to fame, having only a small fishing village but for one notable feature: the Keeper of the Lighthouse at Cabra was from the island. He regaled the villagers with tales of Amber when he visited, and his nephew became very enamored with these tales When it became obvious he would never have the patience to be a fisherman and actually had power that could take him far in Amber, his uncle brought him to the lighthouse to learn in the great city and use his knowledge to advance and find his fortune.

Once in Amber, Denys scraped his way through to gain admission to the University at Amber and access to the Libraries of the Castle. Here, he gained the attention of one of the royals, Princess Fiona, more for his sharp mind and thirst for knowledge than his ability. Indeed it appears that in addition to the funds he always barely has to attend her classes, he is always busy on some research project or another for her- money and talent are usually required to gain her attention, and lacking the talent, he makes up for it in earnestness.

In spite of this, there are two areas that Denys has managed to excel in- artistic talent, and a touch for healing magics. Indeed he spends much of his sparse free time in the city amongst the commoners, healing those too poor to seek it on their own and painting the travails of the underclass of Amber. It remains to be seen how long this altruistic spirit can survive shackled to Princess Fiona.

He also associates with the guards, attempting to learn the way of the blade, as it is a pasttime of those he would become close to. Though he has some natural talent, he has shown no skill, even for his studies. But despite this, at times he carries either a blade he has acquired or a staff he has gained from the recent festivities. 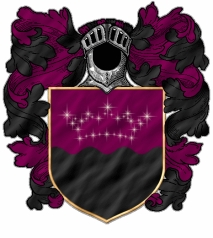 Denys is portrayed by Sean Kanan